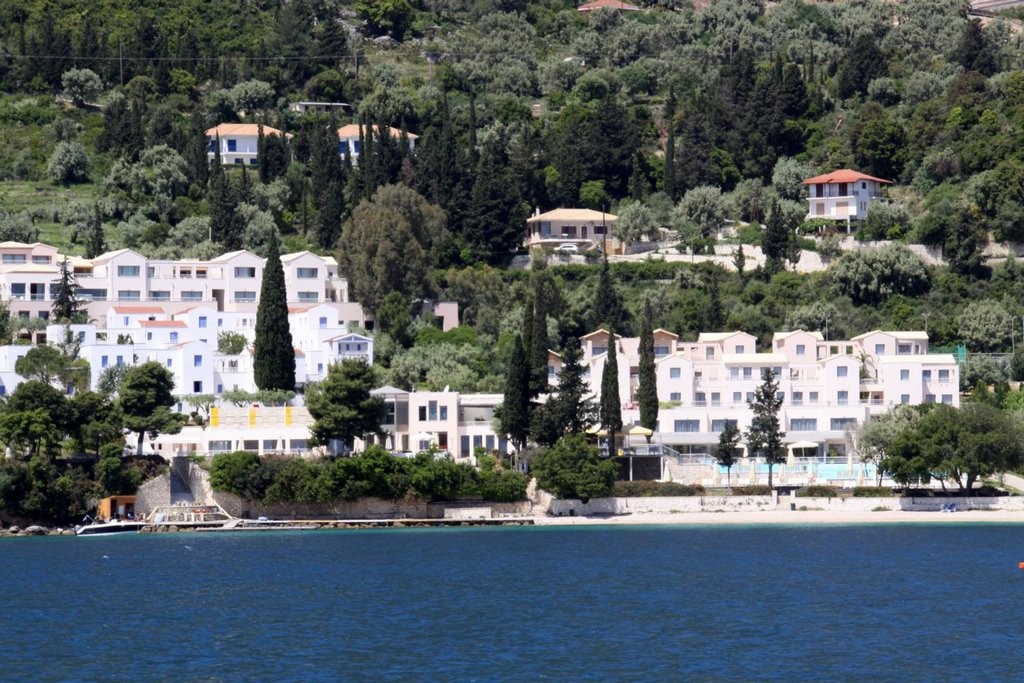 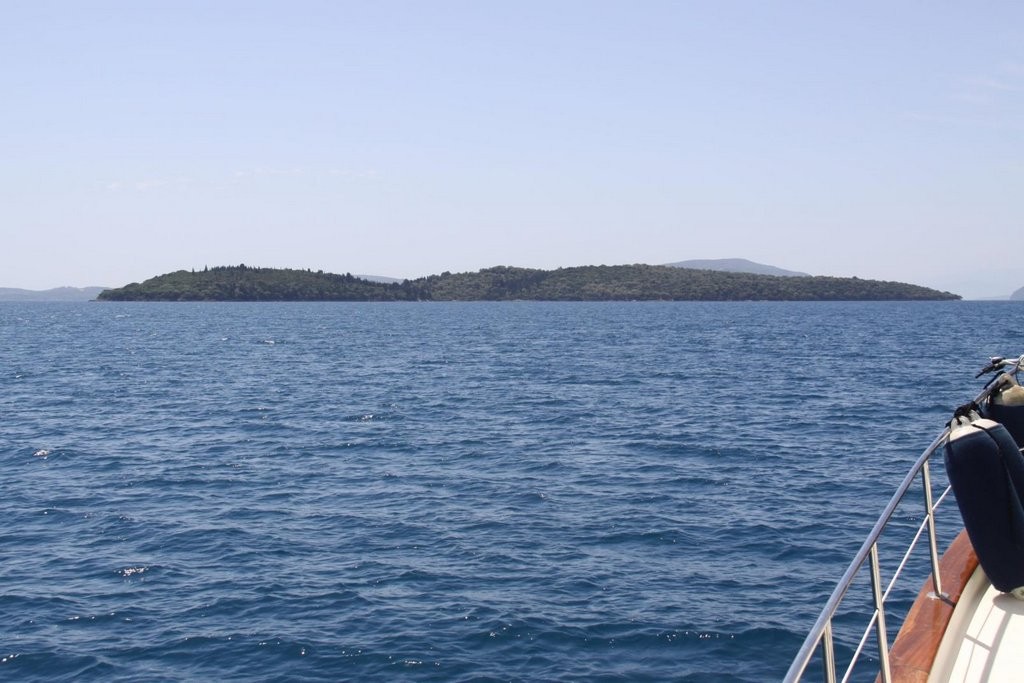 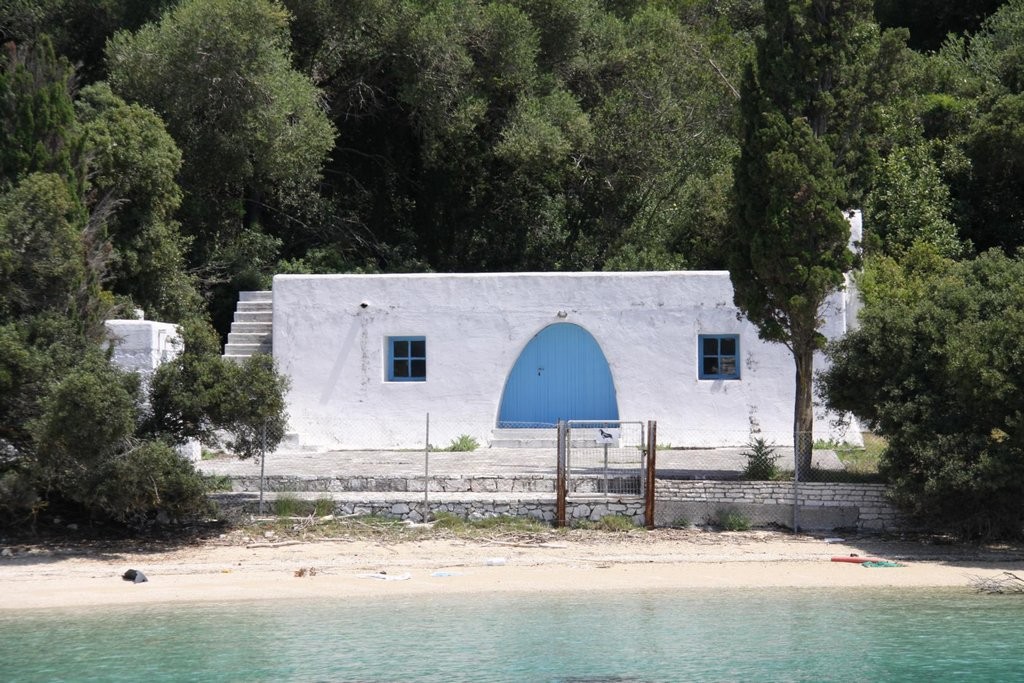 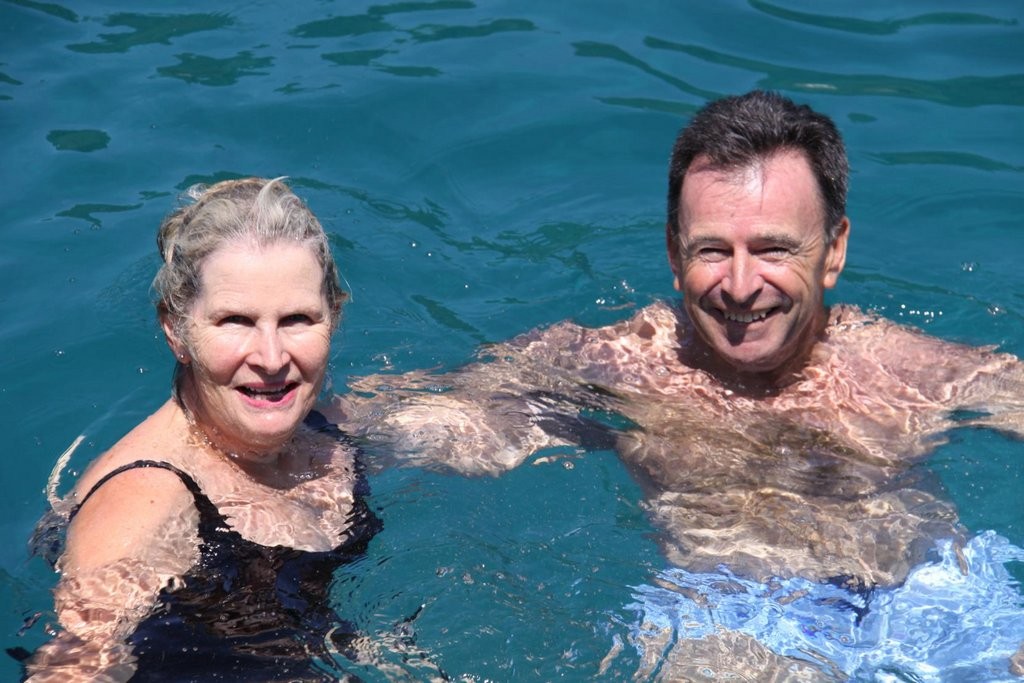 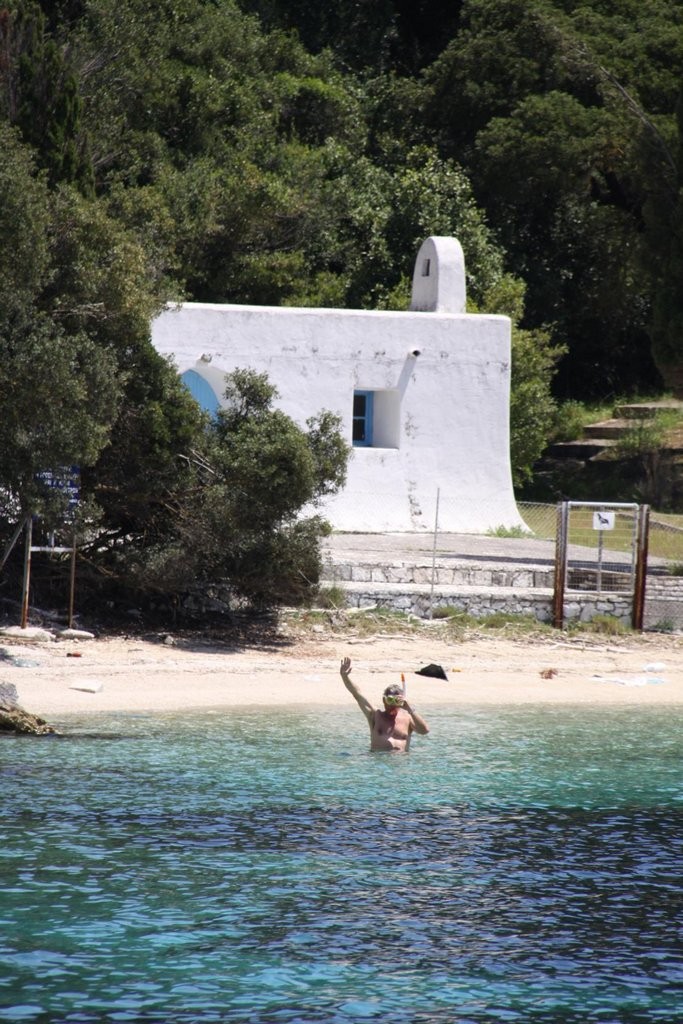 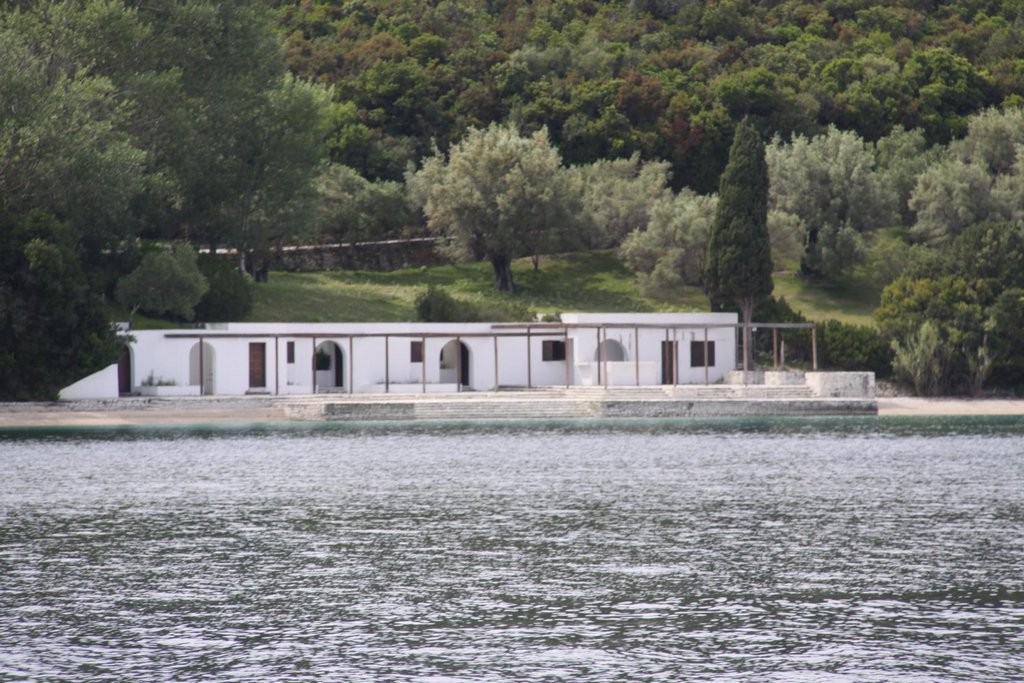 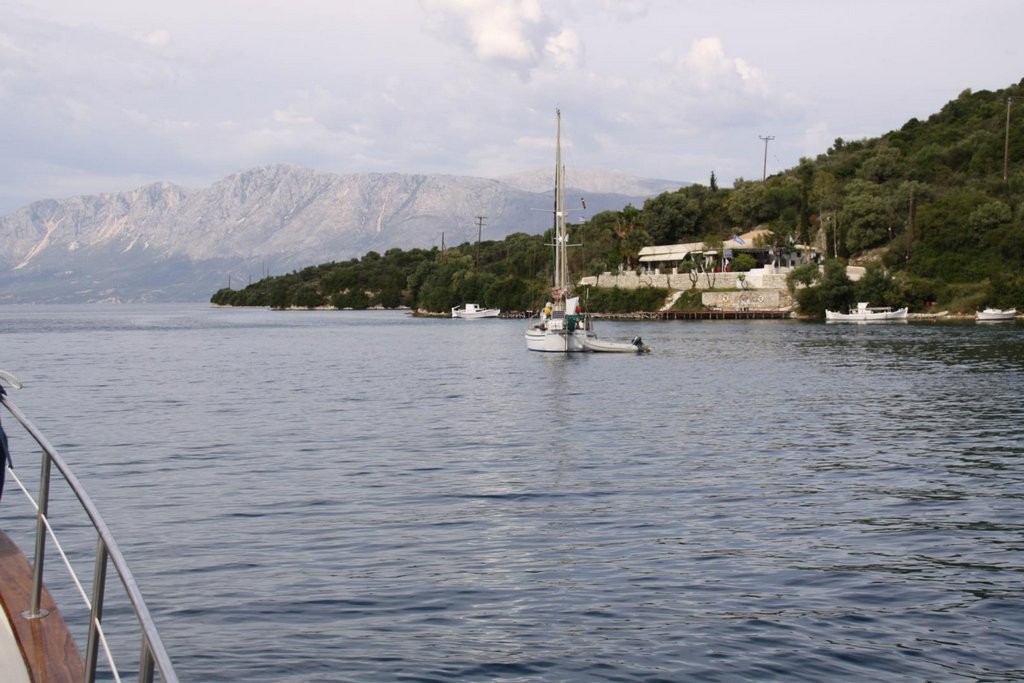 On our departure from Levkas Marina we continued south down the narrow canal for less than 2 nautical miles making sure we followed the haphazard sticks marking the route. We passed the towns of Ligia and Nikiana and continued on past Sparti Is to Skorpios which is the Onassis family’s Island. We dropped anchor in the beautiful little bay that had a gorgeous beach house which was built by the late Jackie O, to get away from everyone and relax and swim while she was on the island. As the temperature was mid 20’s and the water looked so inviting, we all went in for a refreshing swim before lunch. It was quite a unique experience swimming in the same waters as someone so famous!!! After a few hours of relaxing we continued on to Meganisi Island and travelled east along the north coast to Port Atheni where we motored all the way up the bay and dropped the anchor for the night. We decided to have dinner aboard so Susie could rest her foot. There were a couple of nice Tavernas nearby that we would try next time we come here. Ric was the chef this evening, cooking us nice steaks with grilled vegetables on the barbeque.