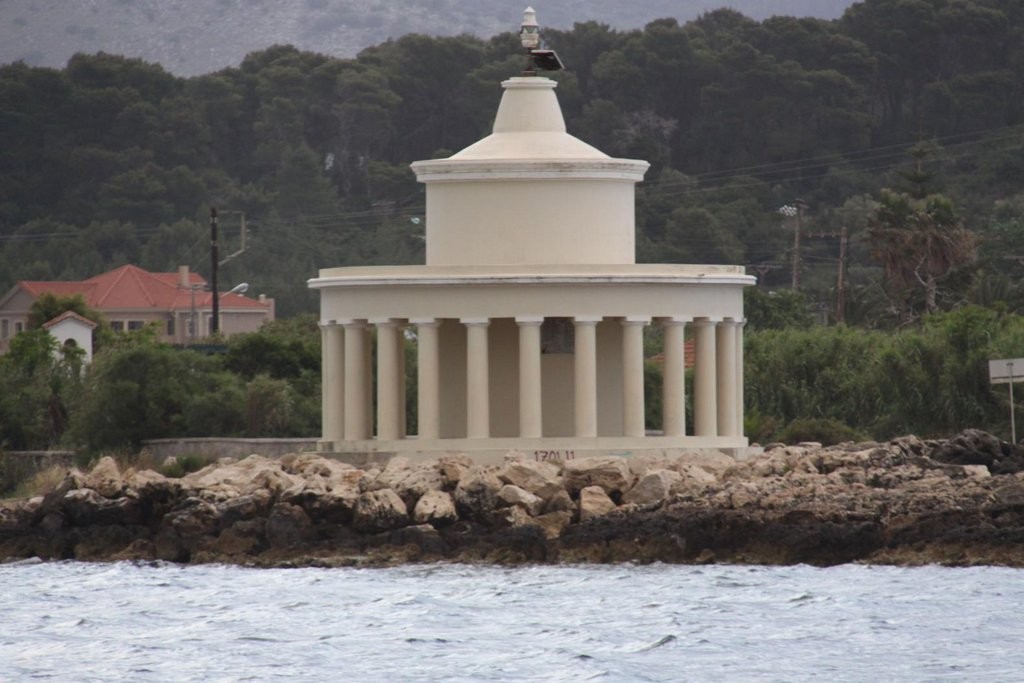 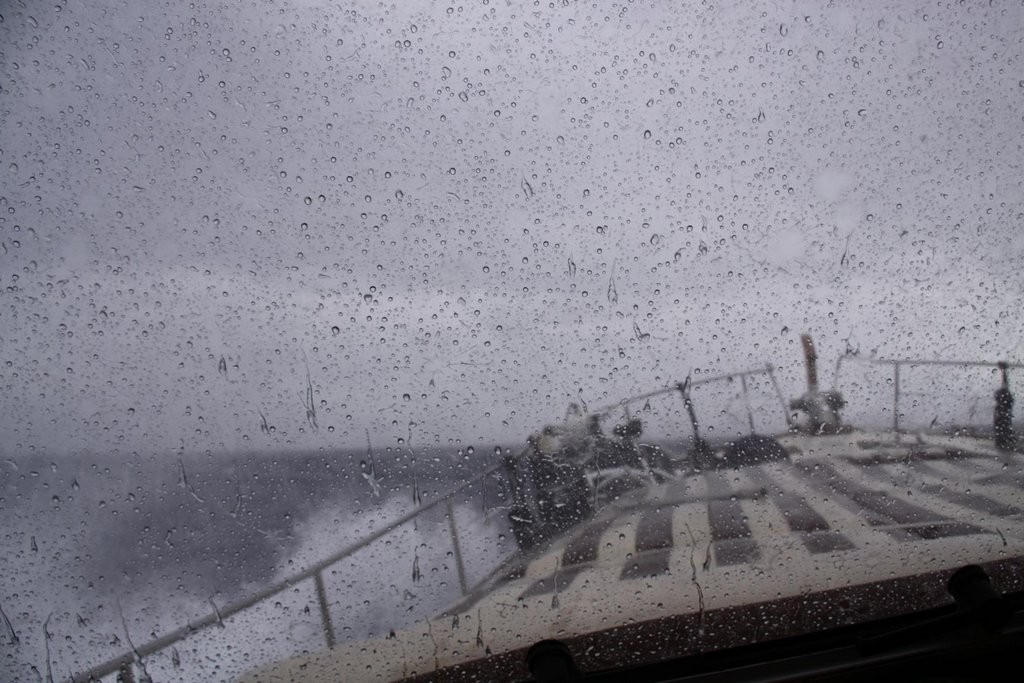 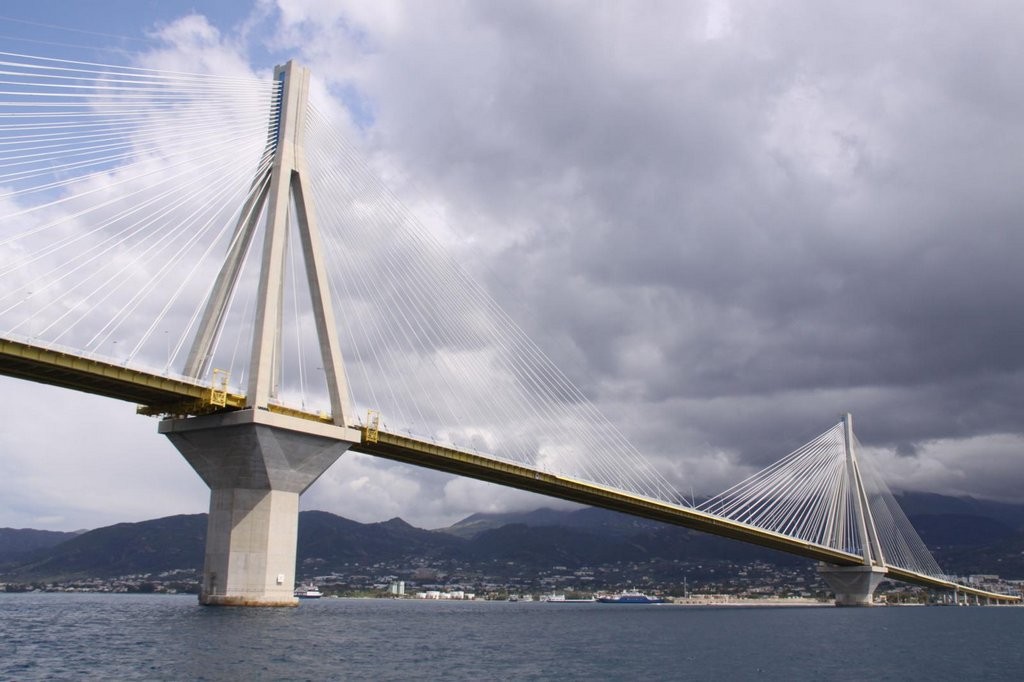 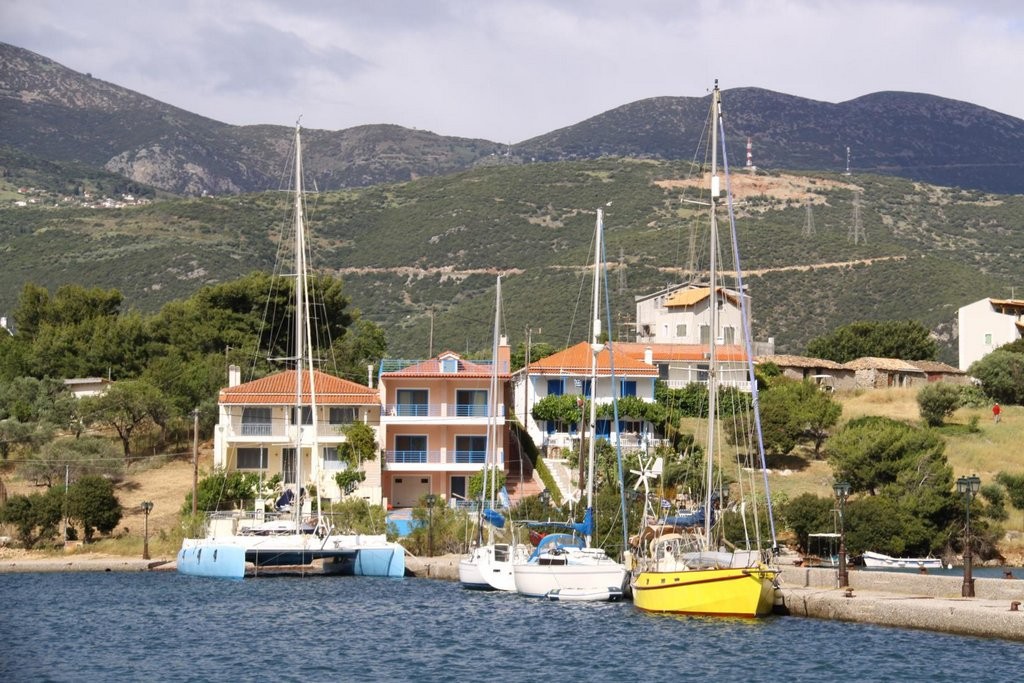 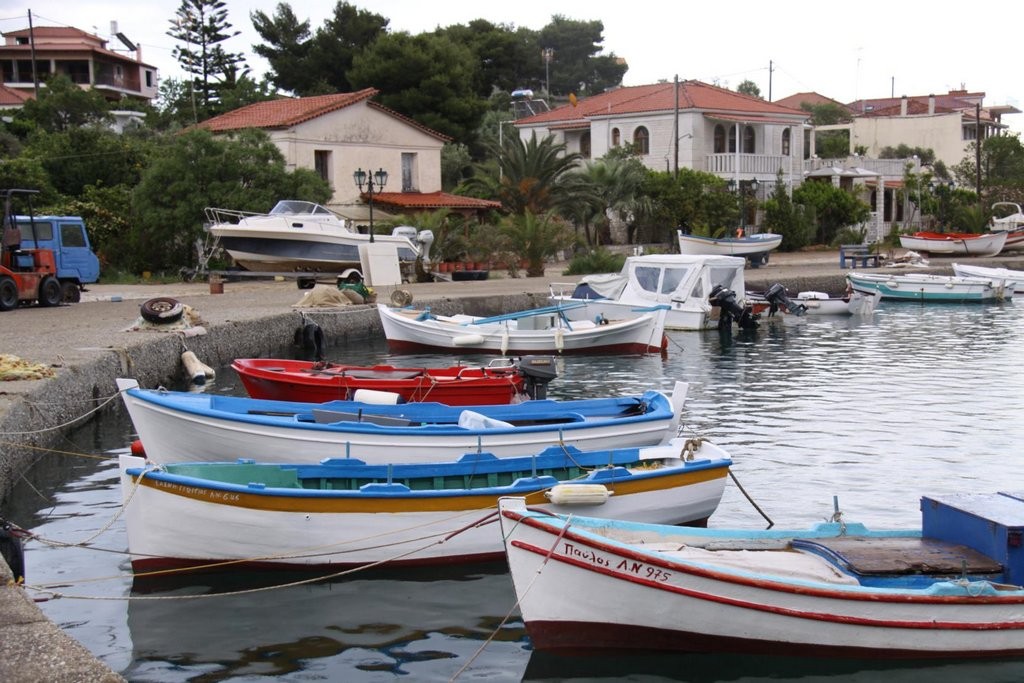 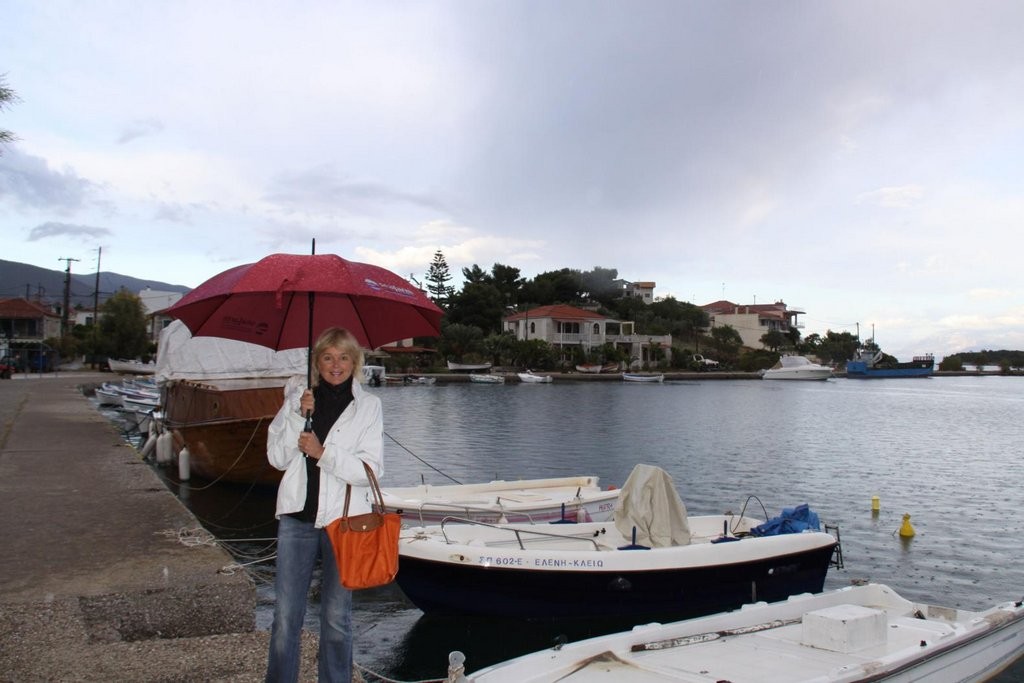 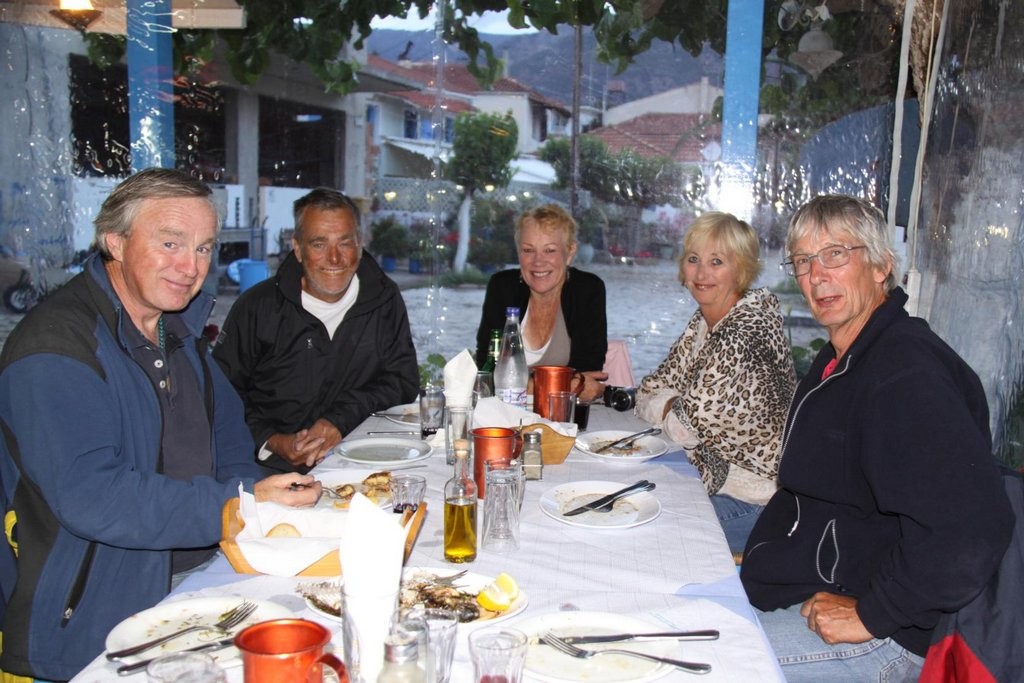 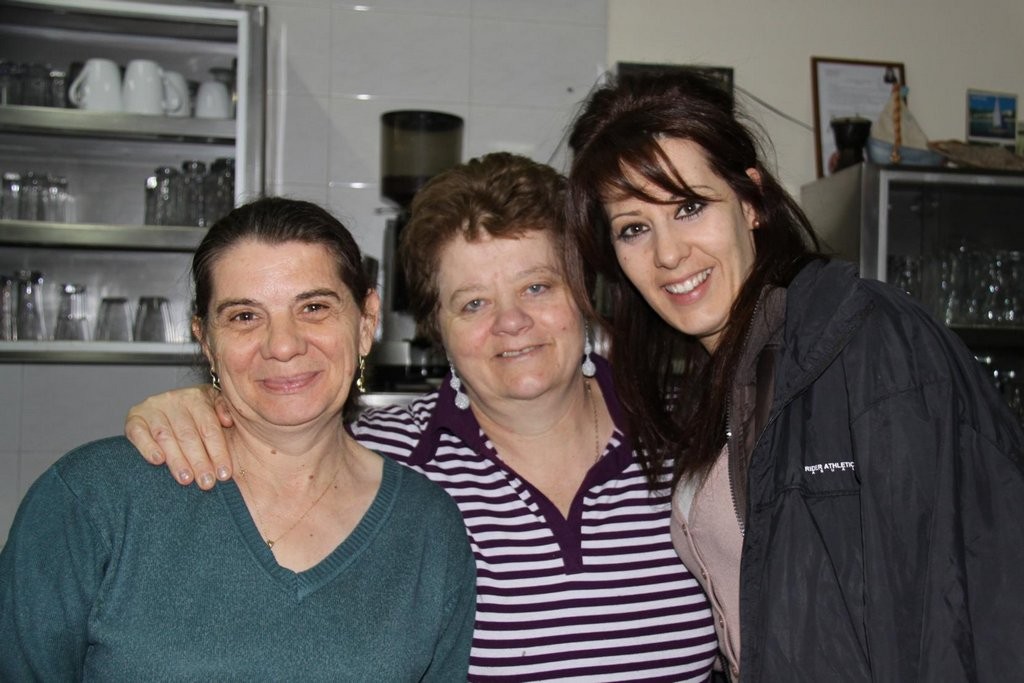 We had a 6.30am start as we had a long passage to travel today. The plan was to head towards the Gulf of Corinth so that we were nearer Athens for Ric’s flight to Shanghai on the 22nd May. As we rounded the south east cape of Kefallonia the breeze changed to a light north westerly and within an hour we had gusts between 35 and 40 knots. The crossing which took several hours from the s/e cape of Kefallonia to the Gulf of Patras was not as comfortable as we would have liked, however the Tangaroa handled the rough conditions very well. Once we were in the Gulf, the wind was behind us which made travelling more pleasant. We were going to have the night in Mesolonghi however we decided to keep going as the weather was still overcast and rainy. The sun appeared as we passed the Rion-Andirrion suspension bridge which is the longest cable stayed bridge in the world. Surprisingly it was visible for nearly 15 miles before we reached it! We continued on to the tiny island of Trizonia and moored along the jetty for the night with a few other yachts. In total we had been travelling for ten and a half hours. Wow!! We met a lovely group of fellow sailors from New Zealand and from the UK. As there was only a couple of tiny restaurants to choose from, we all dined together in the one that had been recommended by a past visitor. Once again we dined on fresh local fish, octopus and sardines.