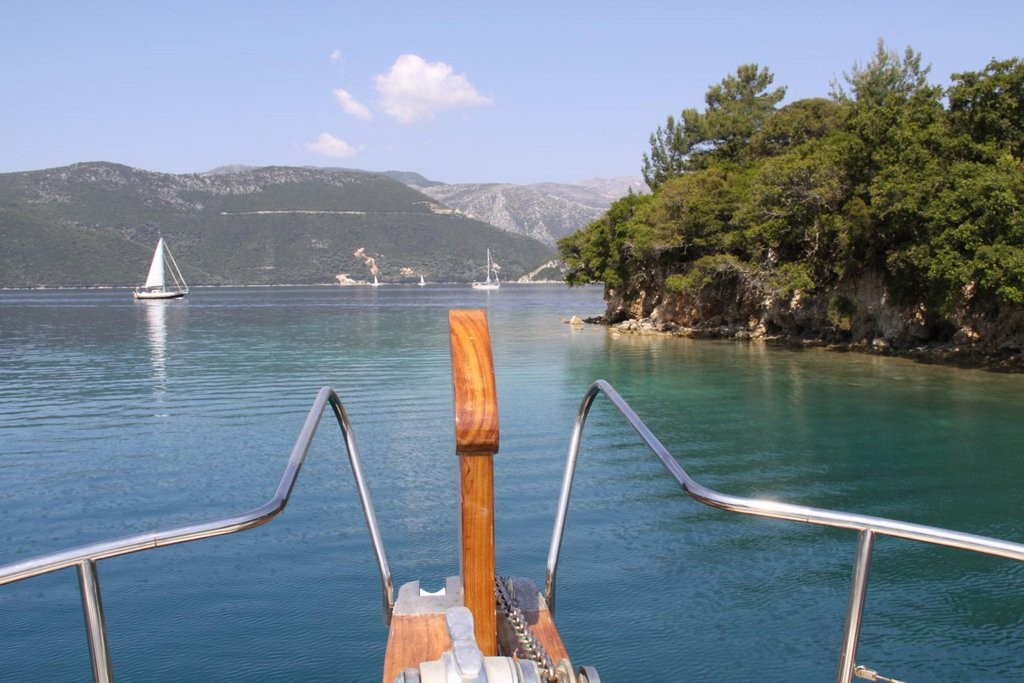 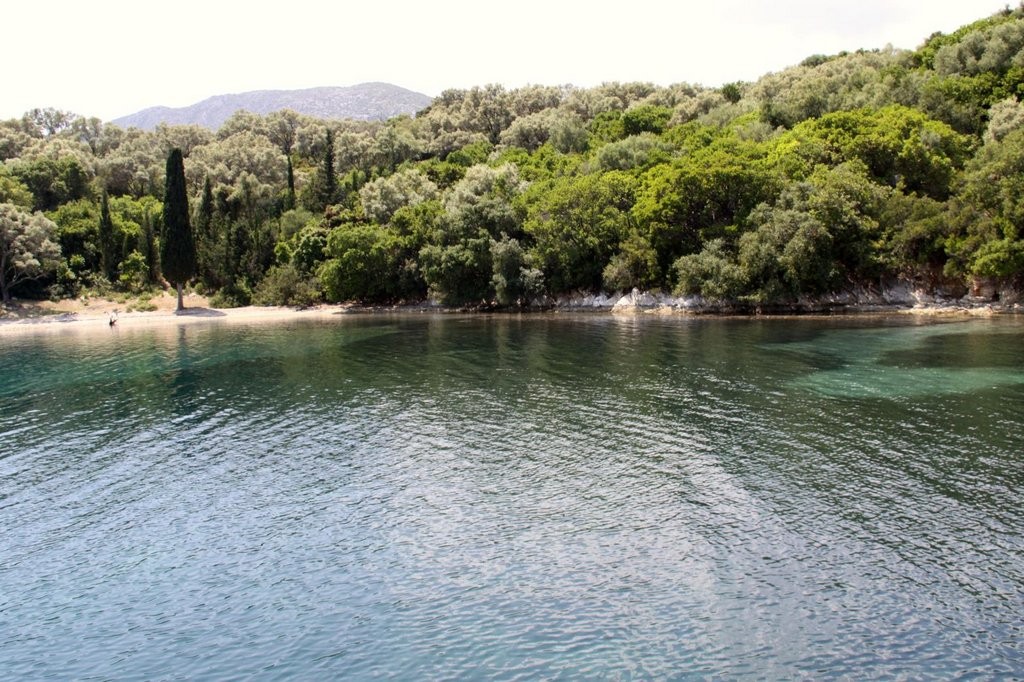 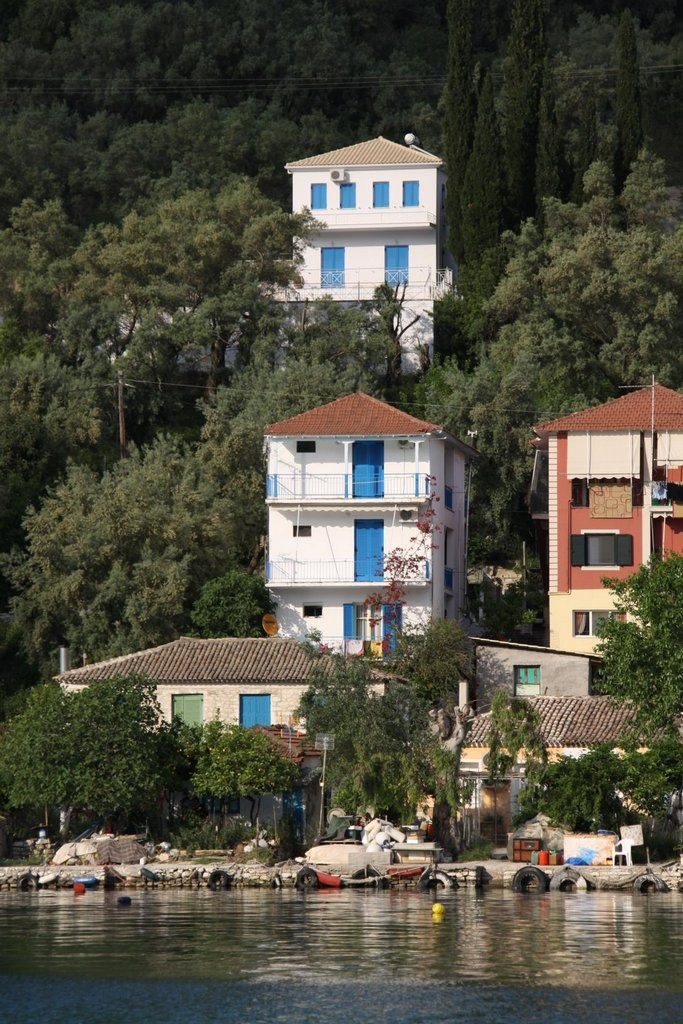 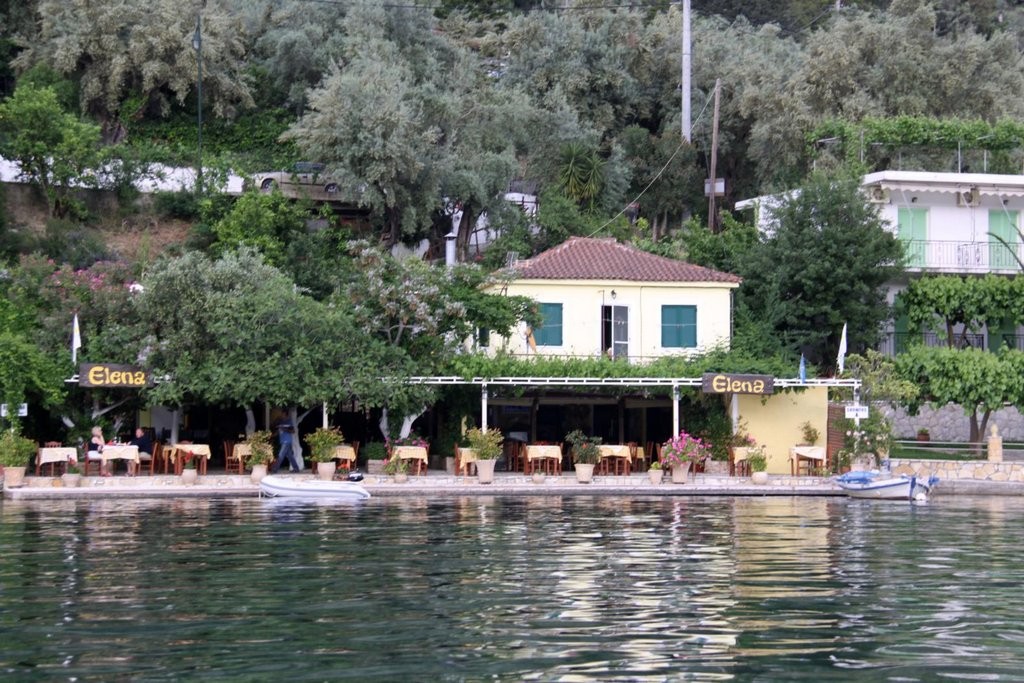 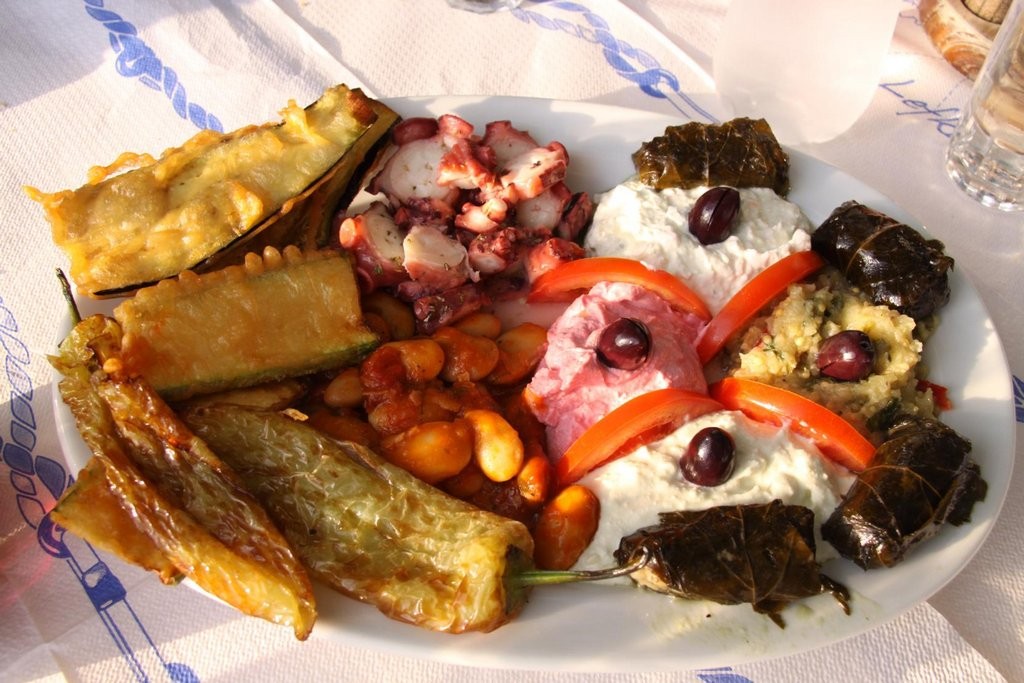 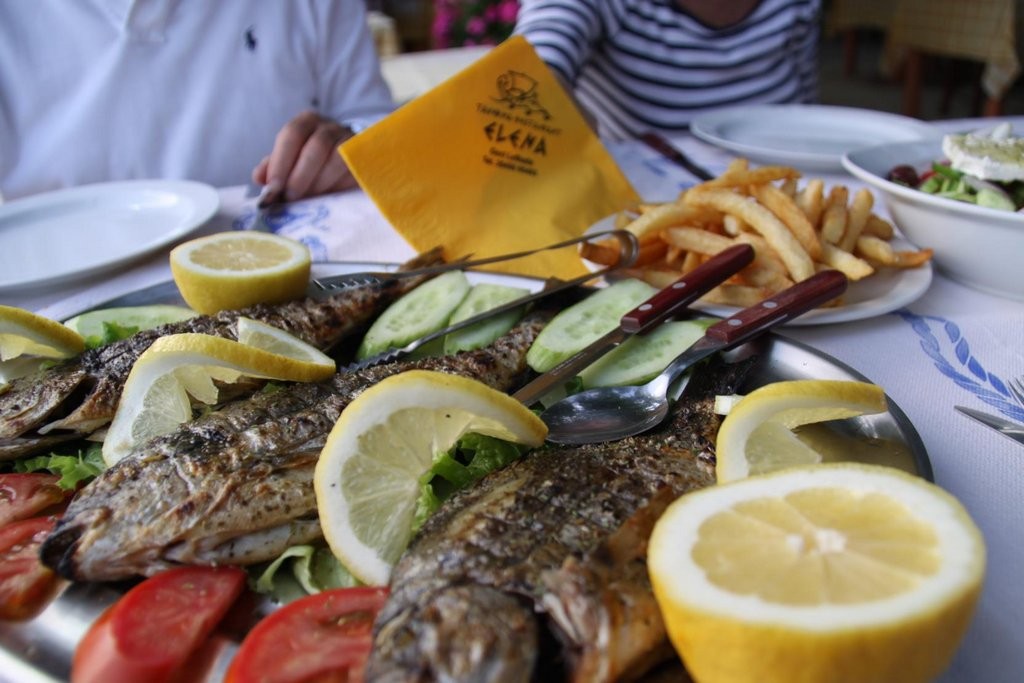 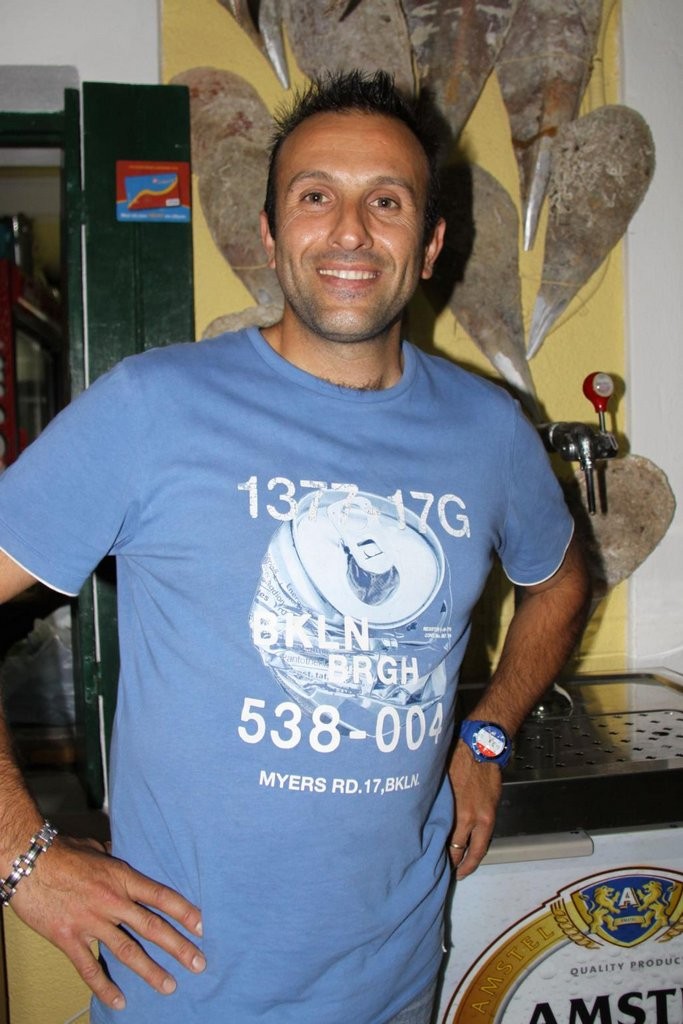 The morning was spent quietly motoring to Levkas along the north coast of Meganisi Is and stopping for lunch and a swim in a small tranquil bay on the east coast of the tiny island of Thilia. The island is known to have a big population of goats, with a few inquisitively coming down to the waters edge to view their new visitors. Our plan was to head to Nidri later and have the outboard for the dinghy serviced, as it was not done as requested over the winter here. On arrival late in the afternoon in Nidri, the outboard was delivered to the local marina and despite being very busy they said they would have it ready by the following afternoon. We continued further up the bay to Vlicho where we dropped anchor for the night and made our decision to row to one of the local restaurants for dinner. There were several on the waters edge to choose from and as we rowed closer, we decided on Elena. The friendly welcome  by Dimitris and the well presented and tasty seafood made us pleased with our choice.