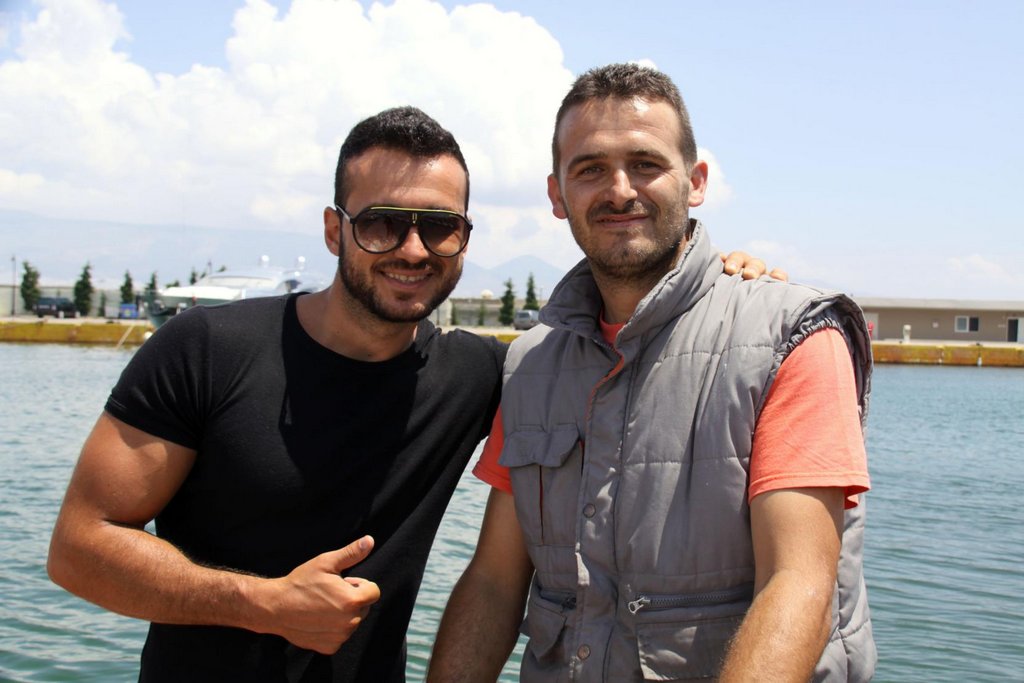 Saturday was the day desalinator was to be repaired, as the part that had been ordered from Italy, had finally arrived. Aris a highly recommended refrigeration mechanic and his friend Elis arrived to do the work of replacing the part and getting our water maker back in working order. The contractors who were employed to look after our boat in Preveza and organise works during the Eu winter had not winterized the water maker as requested, which caused damage to the unit. The two young men, originally from Albania worked tirelessly all day to replace the part and troubleshoot another issue with the unit. Finally the problem was solved and we again had a working desalinator. Hurray!!! Ric arrived back from Shanghai on the Sunday morning and Aris and Elis came and fixed a couple of minor small things on the boat and also our Chinese electric bikes which so many people looked at and could not repair. They were very cluey for their age and certainly did not overcharge for their services.