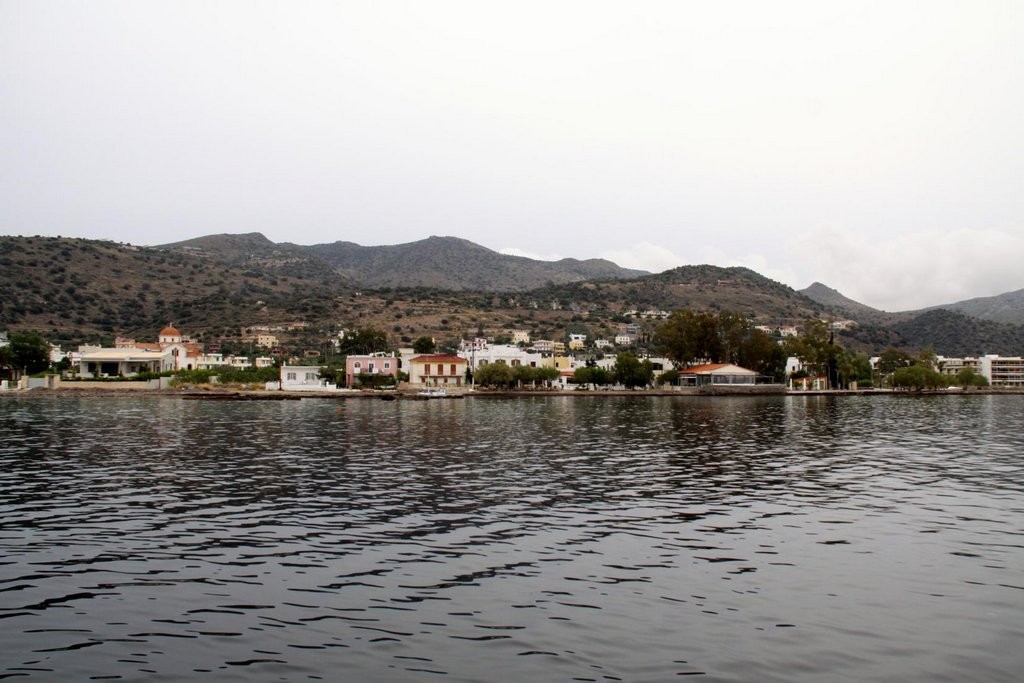 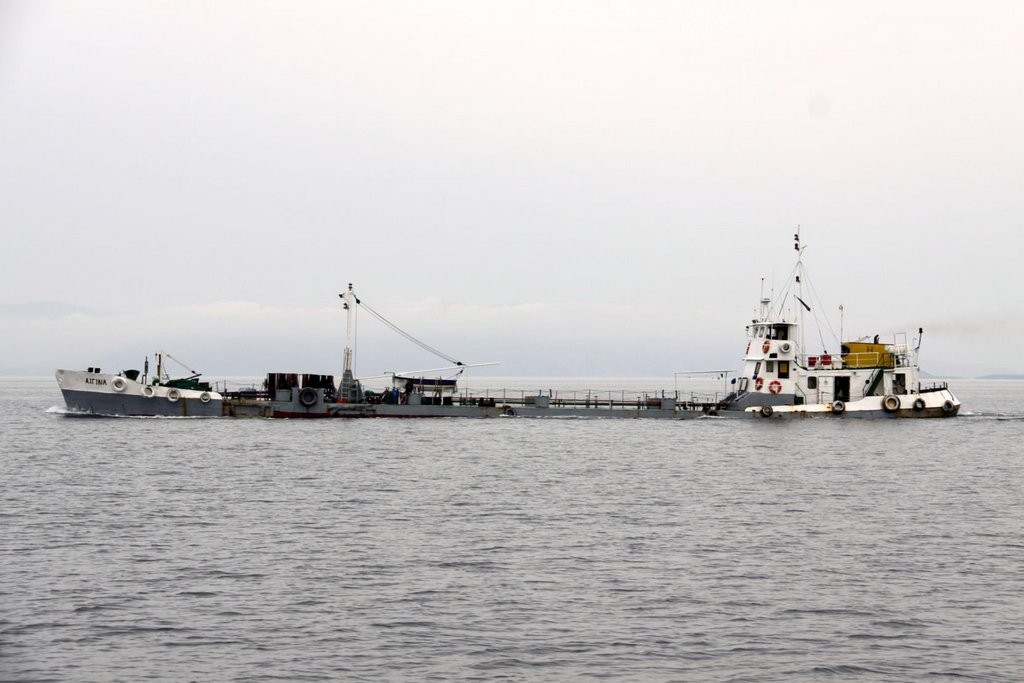 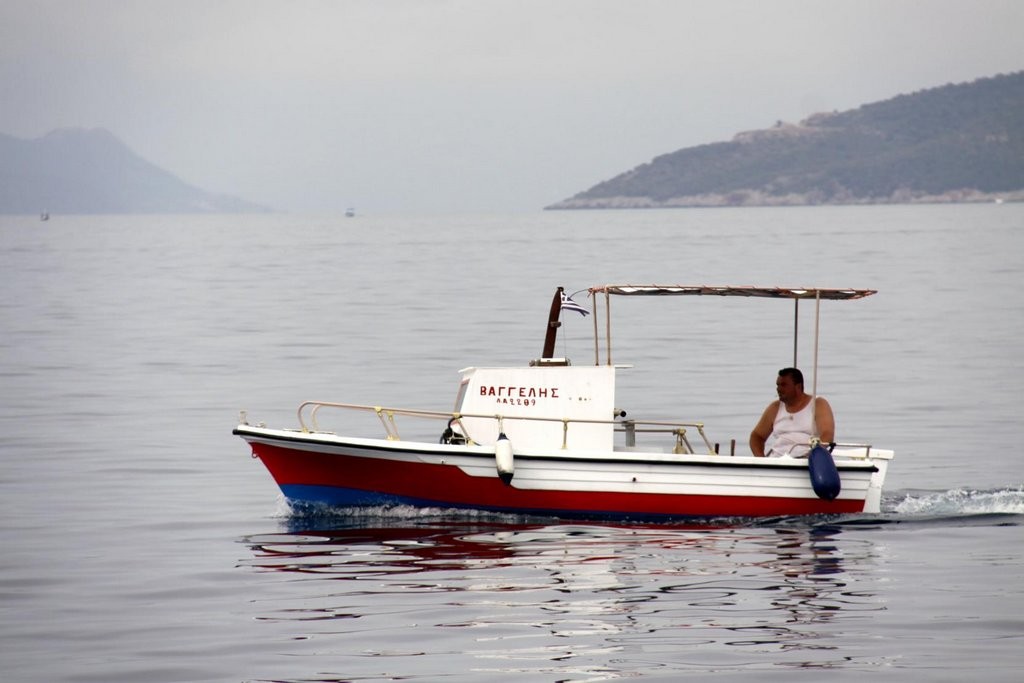 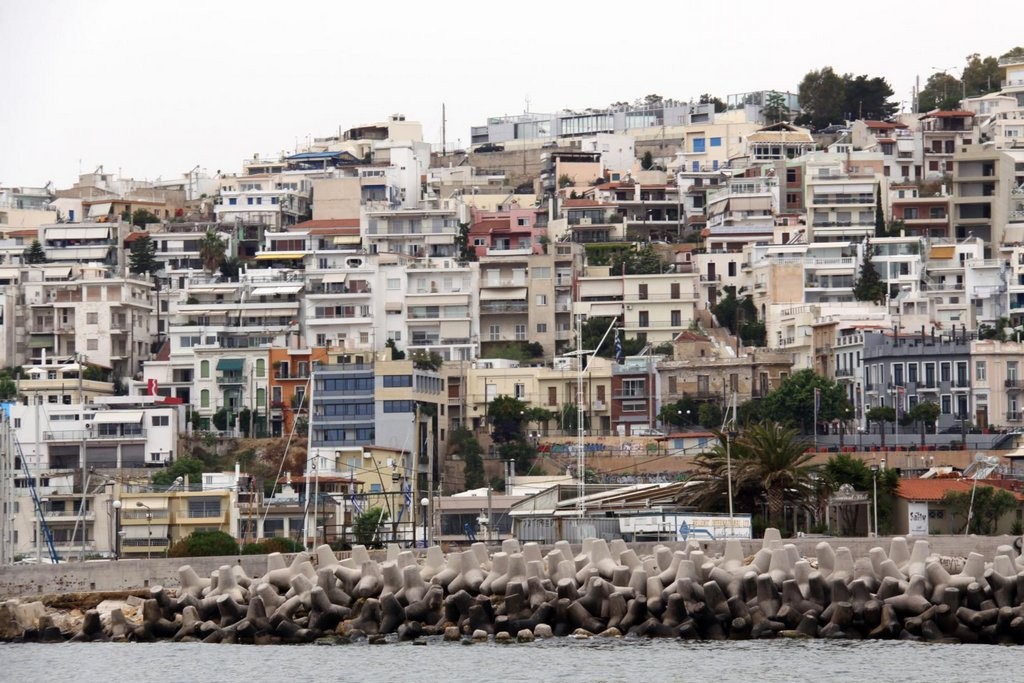 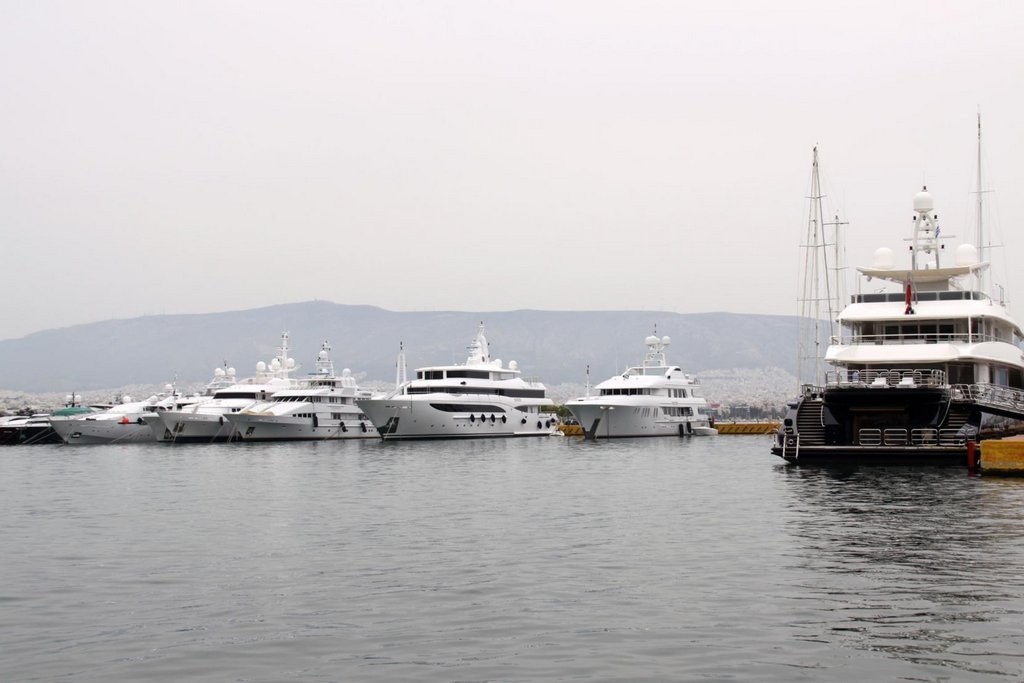 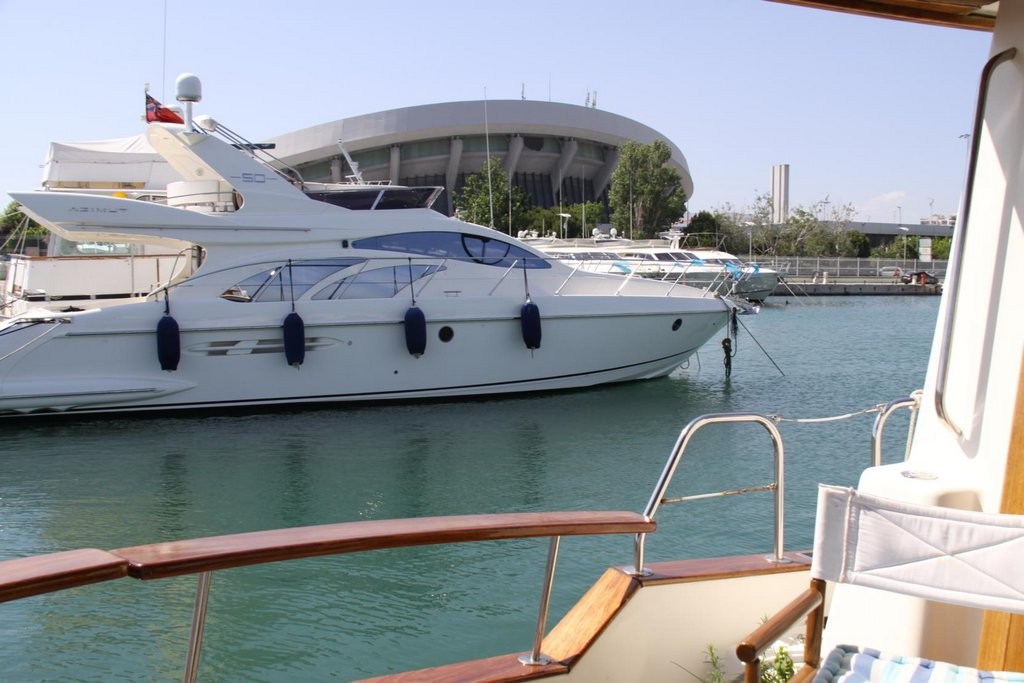 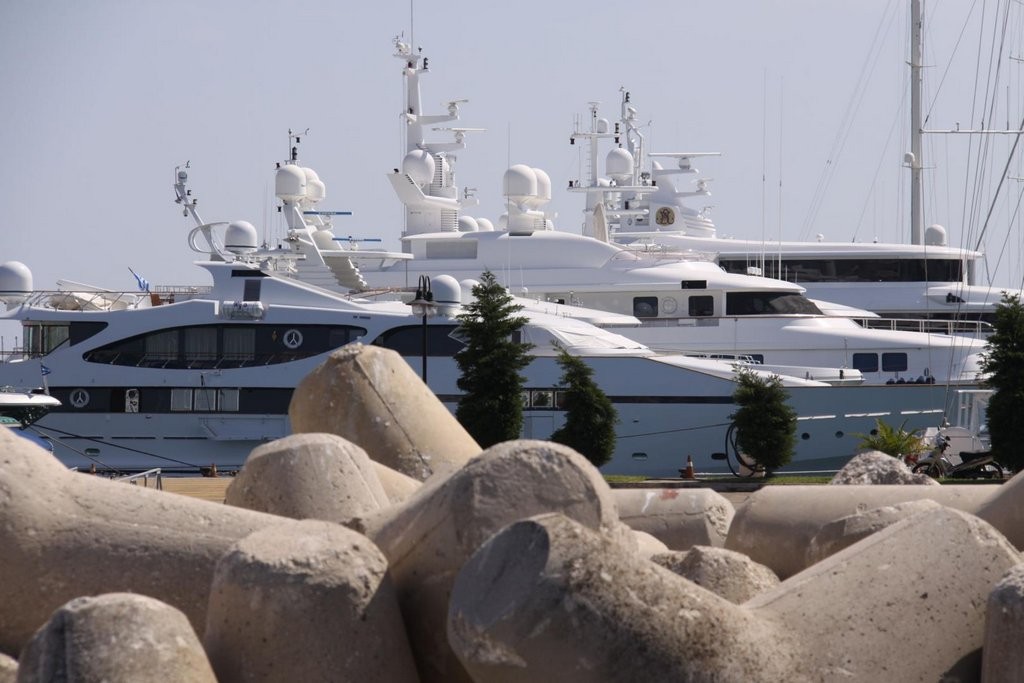 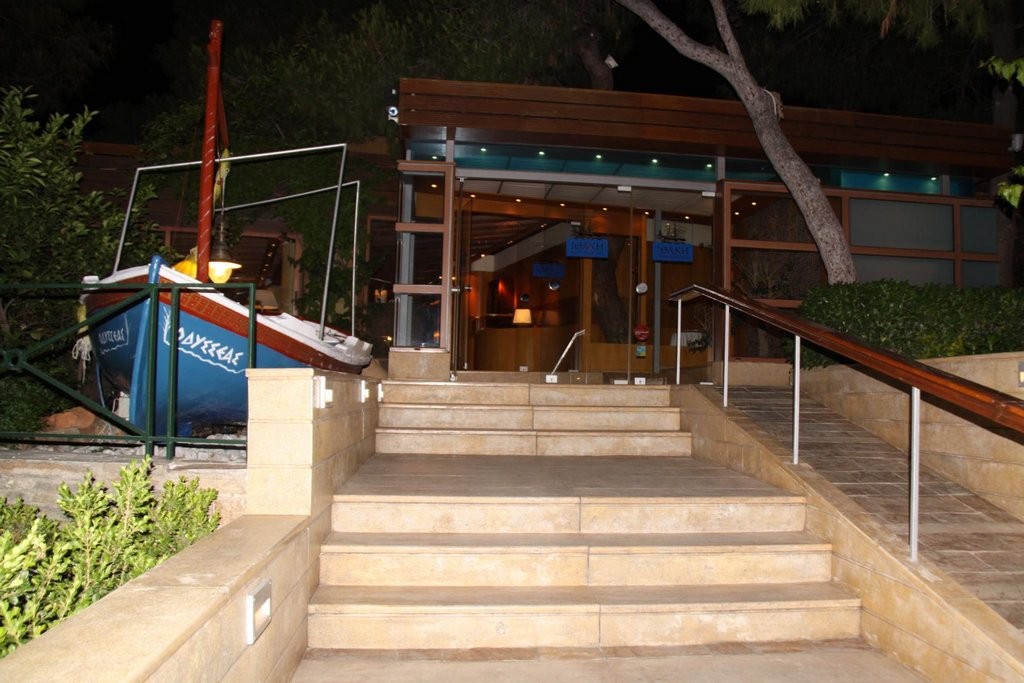 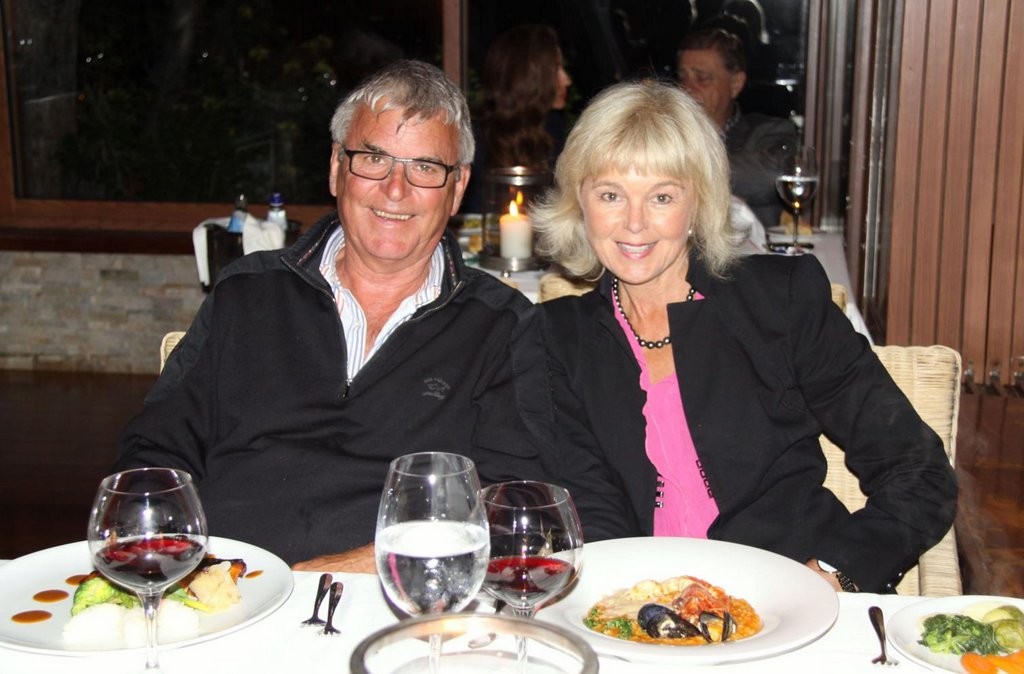 This morning we made our way to Athens where we had booked a berth in the Athens Marina. This would be a safe and secure mooring for the boat for the coming week while Ric flies to Shanghai and for us to have some final issues completed on the Tangaroa. Athens Marina, situated directly beside the Olympic Basketball Stadium, was built especially for the super yachts visiting the 2004 Olympic Games. On arrival we found the marina quite empty apart from a number of large super yachts and also some big motor cruisers which were mostly for sale. Our small 16 metre vessel was dwarfed by all this impressive company. Within an hour of our arrival we had the marina manager, elegantly named Paris, organising works that we requested to be done. Very efficient so far!! A visit to a fabulous young sports physio, only walking distance away, gave Ric a lot of relief from a very painful pulled muscle in his back. While there, Ric enquired about a good restaurant to go to for dinner and was given the name of one the physio thought we would like. Fortunately, we both had dressed for dinner in Athens, rather than dressing quite casual for one of the island tavernas. After quite a lengthy taxi trip we arrived at a very exclusive restaurant overlooking the sea, where at 9.30pm the staff outnumbered the guests. We were offered a table by the edge with a spectacular view, which we accepted happily. After looking at the menu we were relieved that the prices were not exorbitant, they actually were similar to Sydney restaurant prices. Obviously the Greek people like to dine late in Athens as the restaurant started to fill up by 10.30pm. We had an amazing evening at IOAKH with the most outstanding food we have had for years. The portion sizes were extremely generous which we did not expect. As we had ordered an entree too, Ric unfortunately did not have room for one of their amazing desserts. Next time!! The wine was also fabulous!!  It was a great experience here and it was nice for us to have a special dinner like this occasionally.