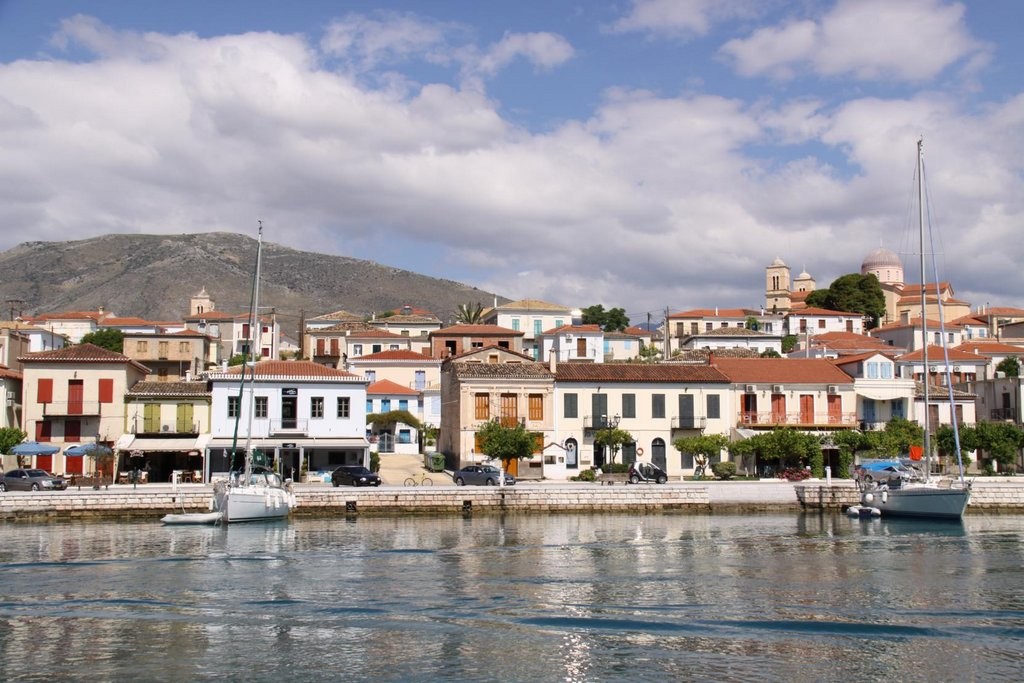 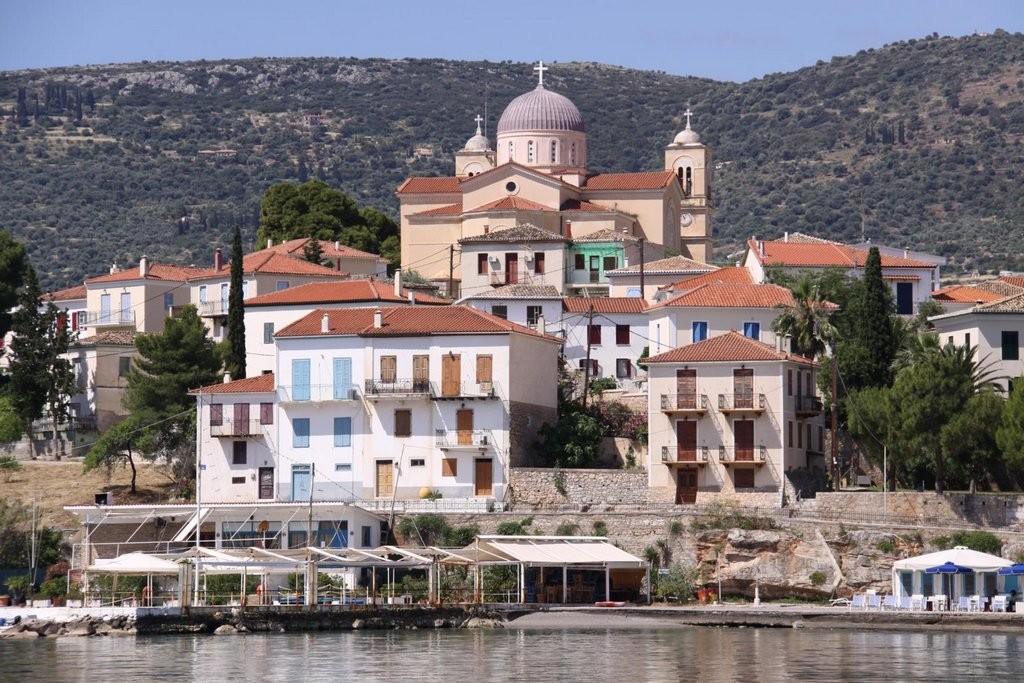 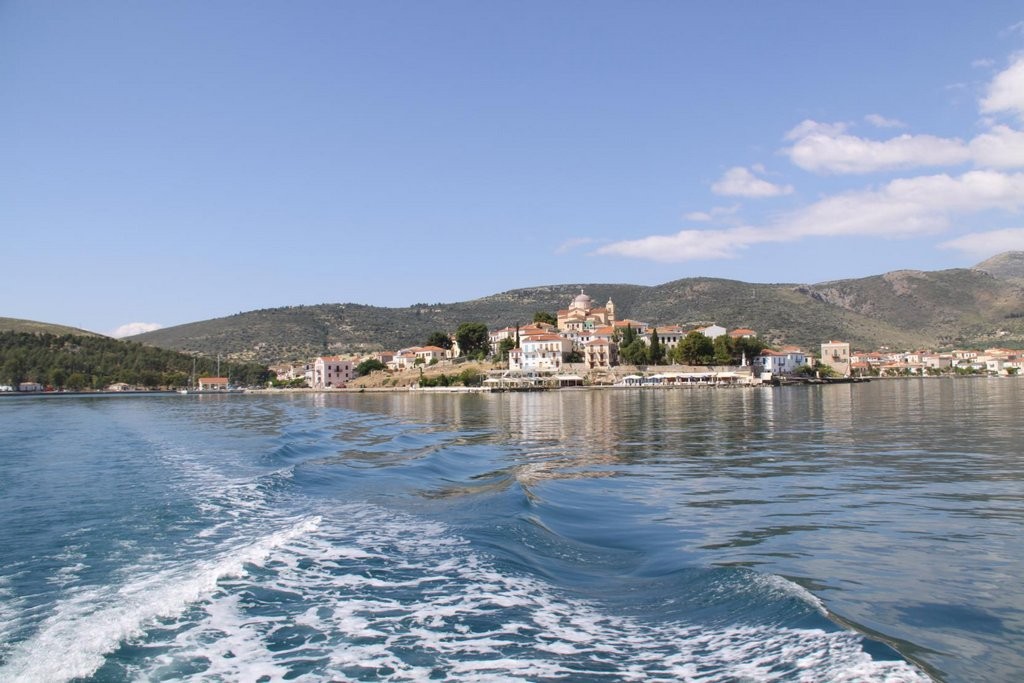 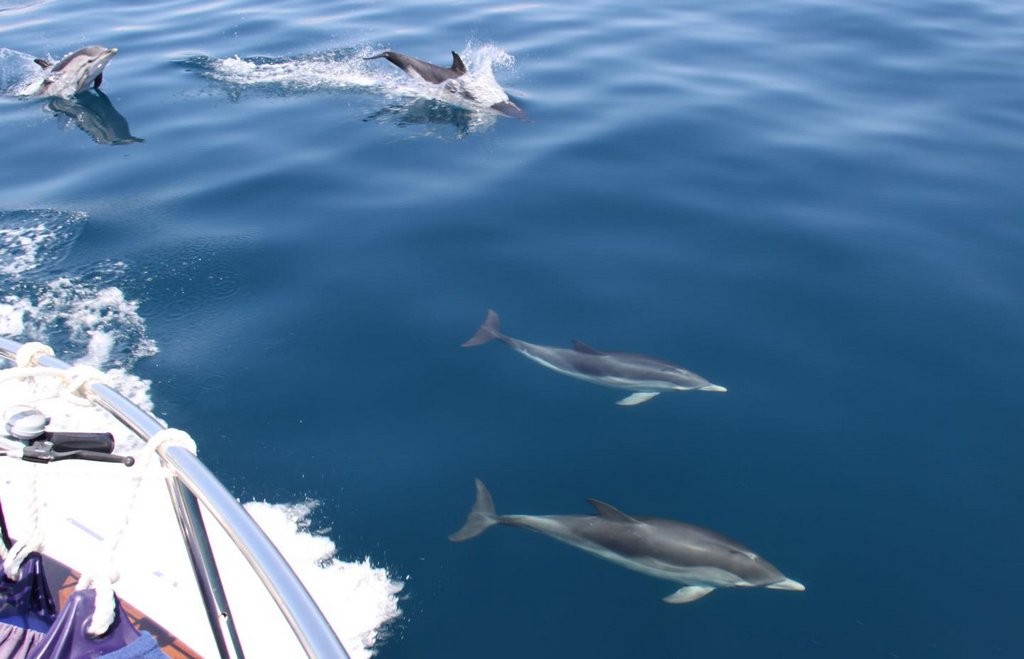 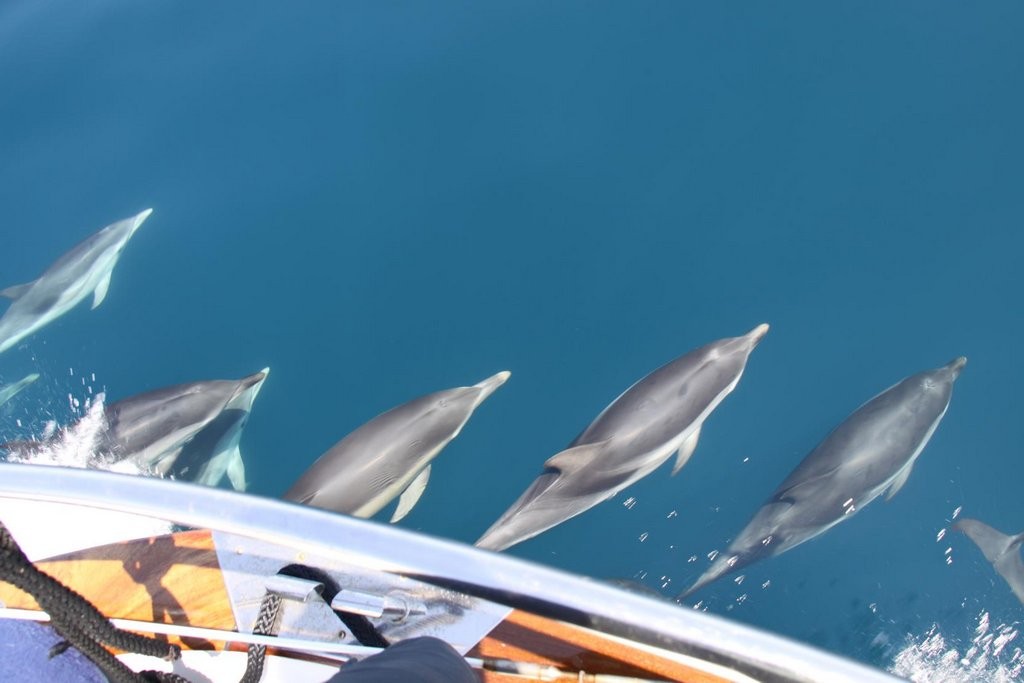 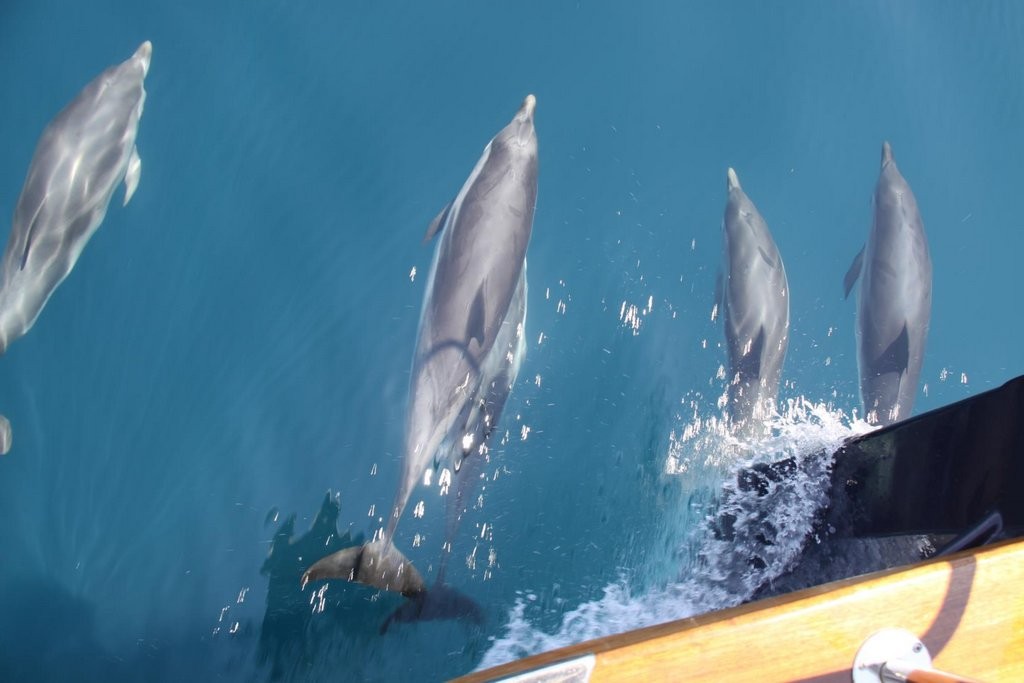 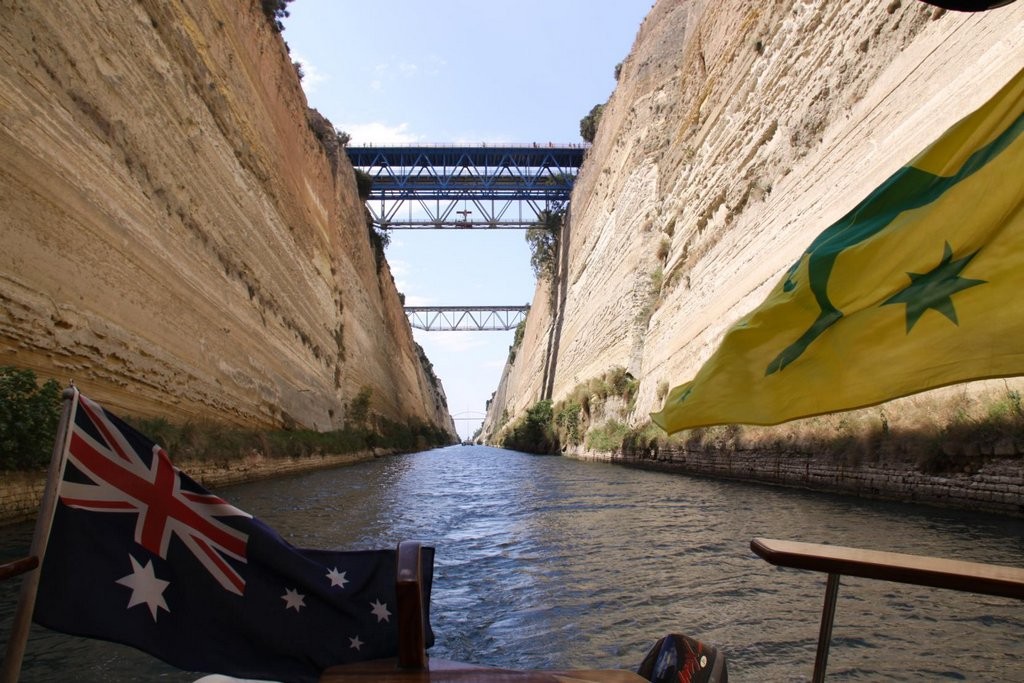 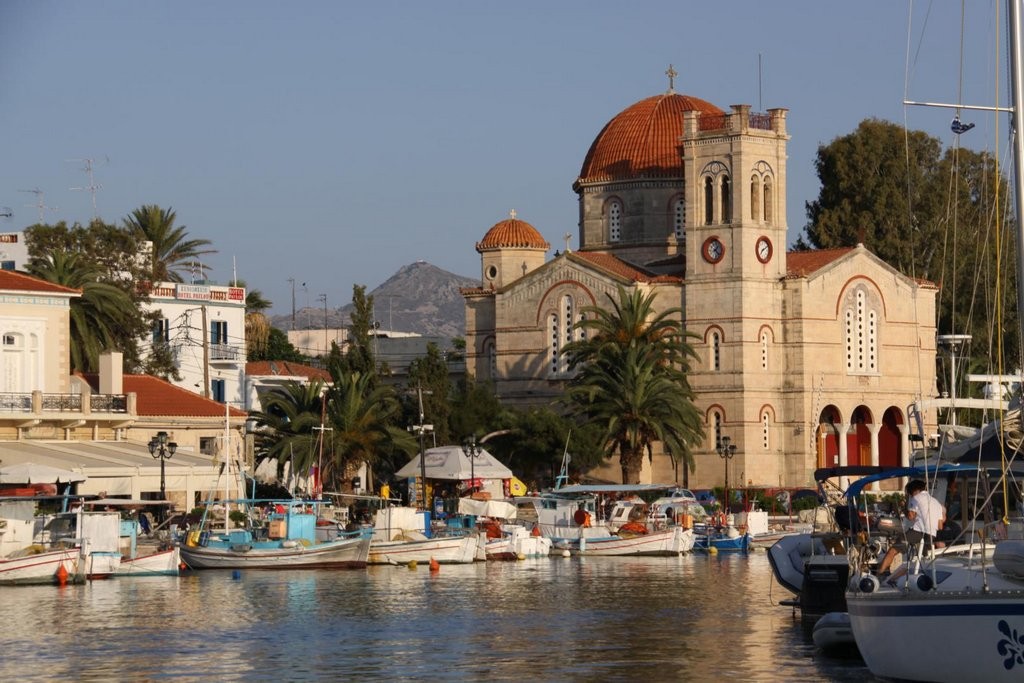 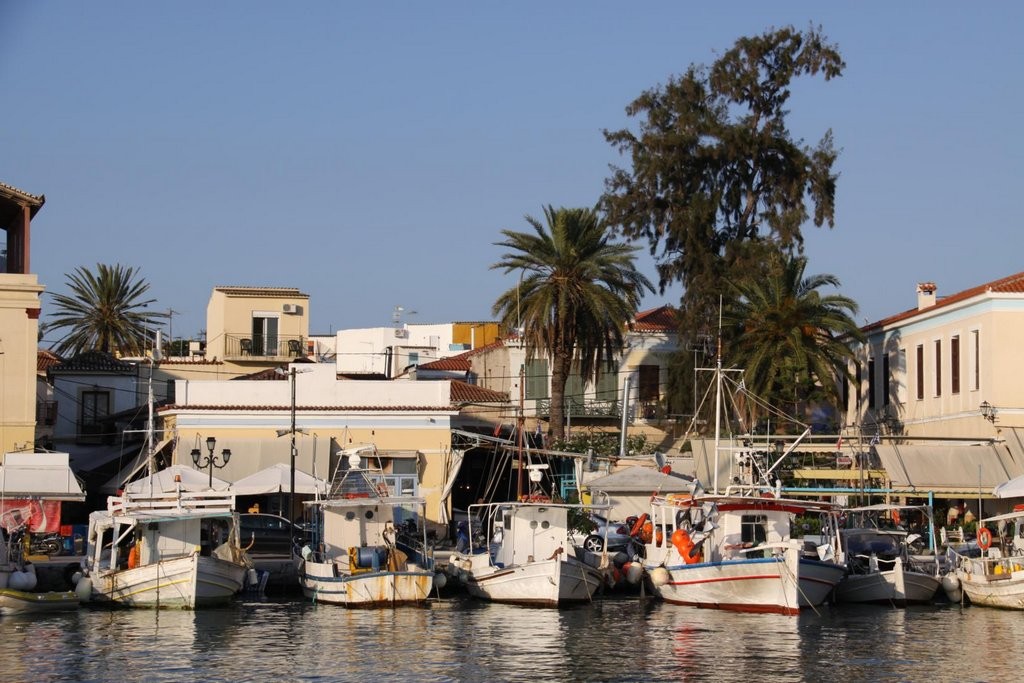 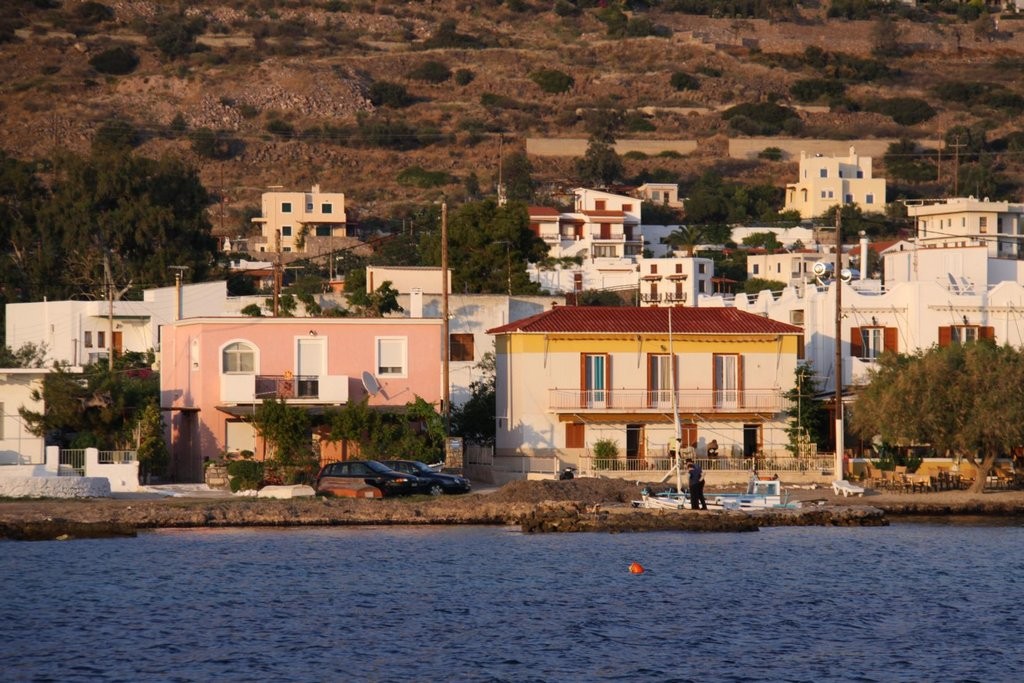 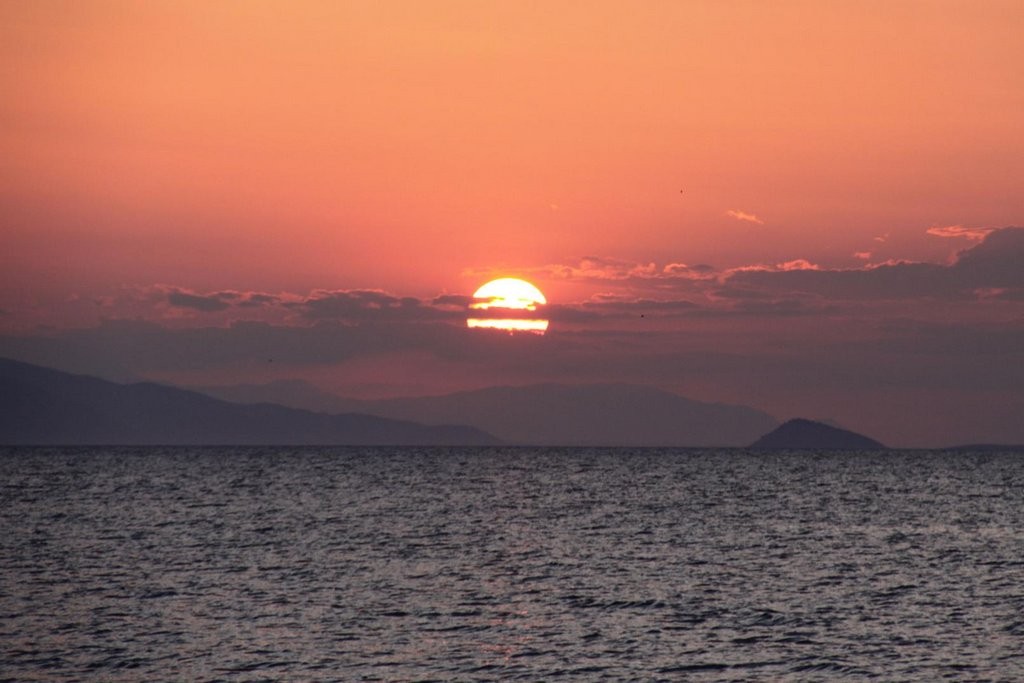 Reluctantly we departed this morning as it would have been fabulous to visit Delphi once again. Back in 2003 we spent a few hours amoungst the ancient ruins. We ran out of film at the site to my dismay, however to Ric’s relief, as he was concerned about getting into Athens before dark. With arguments and dramas, we had to drive through a storm and a fire, past a burning tanker on the road, to get back to Athens. Not to mention the road signs in Athens, all in Greek alphabet, as there were detours (for roadworks) everywhere before the Olympics. Our decision to continue on today was due to being told that to go through the Corinth Canal on a Sunday was almost double the price (normal cost is about three hundred euros). Car hire and entrance fees to the site would have been extra expenses too. At the reasonable Taverna prices we thought we could dine out for a few weeks on what we saved by leaving on this day. Motoring out of Galaxidhi was truely a photographers dream. It was amazing how beautiful this town looks when the sun is out and the sky is clear. Our journey towards the Corinth Canal took us many hours of motoring in the most beautiful calm and clear travelling conditions. We were at one stage surrounded by dolphins and had a group of about a dozen  stay with us for almost half an hour. They swam at the bow of the boat in rows and took it in turns to swim directly infront, as if leading. It was really amazing to watch! Finally after four and a half hours in total of motoring, we arrived at the famous Corinth Canal. After radioing in as required, we did not have to wait at all and were instucted to go through slowly. A large catermaran with an Austrian flag who were tied up in Galaxidhi followed us through. It certainly was an incredible experience in such clear, nice weather. Once through the canal we made our way to Aigina Island which is about 10 miles south of the Athens. Our plan was to go into the port for the night, as the wind (sea breeze) had picked up quite a bit. We did not expect how full and busy the small port actually gets on the weekends. Apparently many boating people from Athens come here for the weekends as it is not too far to travel with their boats. Continuing on down the coast of Aigina we dropped anchor off Marathanos, which was recommended in the pilot book as a safe anchorage in most conditions. The book was right for the anchorage however our information on the double price for the canal on Sundays was incorrect!